During an interview on Virgin Radio , Adam Lambert announced he wish that Queen will probably perform next year. Let’s cross our fingers !

Plus clair, plus sympa ! 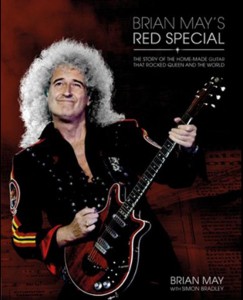 This book is a « need » for every Brian May Fans. You can order it on http://www.queenonlinestore.com/ and it’s not very expensive. So…don’t wait no more 😉 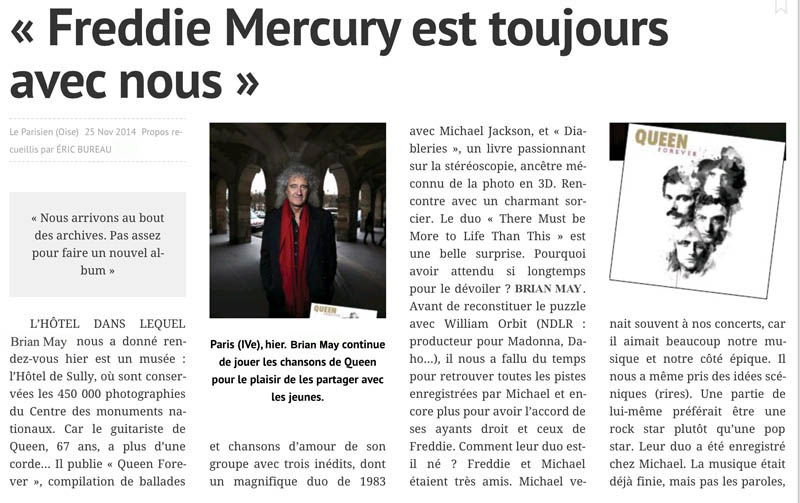 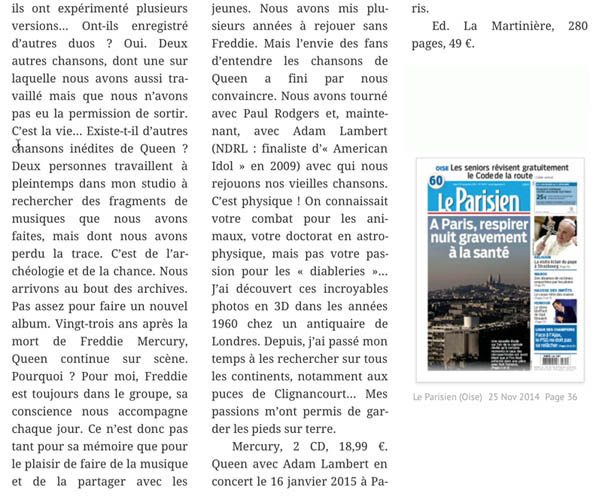 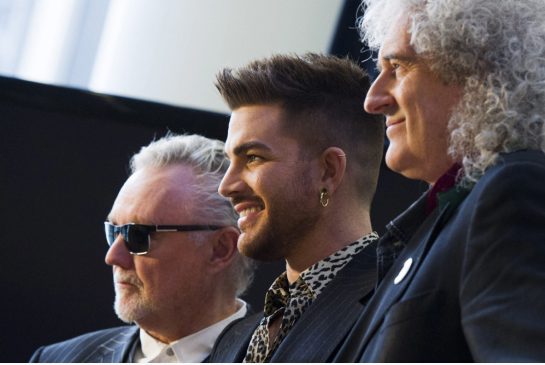 So many of you folks have been kindly enquiring about my health, and I’ve been quietly evading. Usually I’ve tended to keep stuff like this private, because I didn’t want it to be distracting. On tour with Kerry last time I wasn’t acting not being able to walk, though I was larking about. I just wanted everyone to have a good time and enjoy and smile. Really I was in pretty bad shape, but nobody needed to know, and my wonderful knee replacement surgeon has pretty much fixed that.

However, along the way, 3 months after the surgery, somewhere in the rehearsals for the Las Vegas iHeart performance, I began to get bad pains in the backside. I thought my hip joint was going the same way as the knee. It’s a long story since then, with various treatments, assuming the trouble was in the muscles readjusting; but finally it got really bad about 2 weeks before Christmas. So bad I had to give up on going anywhere if there was standing up involved. I’m telling the story now because I’m thinking it might be helpful to some folks out there who have similar experiences.

My GP decided to try to get to the bottom of it, and sent me for a set of MRI scans. Well, that’s when it all became a « Health Scare » (something like a Spooky Mormon Hell Dream …) The scans showed up all kinds of mechanical disc and vertebra problems that might be the cause of the pain, but there were also some abnormalities in the bones – things that the report said needed urgent attention. So around Christmas I’ve been having a succession of blood tests, ultrasounds, and various kinds of scans, to see if they could rule out various kinds of cancer.

Now, on hearing the « C » word something happens inside you … of course. I’ve seen so many of my dear friends fighting it … and my Dad lost his battle at age 66, exactly the age I am now. So over the last few days I’ve been in various states of unrest. But the great thing has been that the team my GP assembled to check out the possibilities has moved Heaven and Earth to gather all the information I need quickly over the Christmas period … not an easy time.

Well, rephrasing slightly, the REALLY great thing is that so far the tests have eliminated a lot of nasty things. My PET scan was today, and it felt pretty grim in there. But a few hours later I got a text from my specialist saying that he hadn’t found any evidence of cancers in the tests so far. I have one more scan on Monday, but I’m beginning to feel cautiously optimistic. Of course we still don’t know what those things on the MRI’s are. But I’m hoping they are things that have been there for a long time and are not causing trouble. And the pain ? Well, discs or no discs, I am so lucky in having a son who is a brilliant Physio. Jimmy spent hours on me over the holidays, and really managed to give me a pain-free Christmas. So this says a lot. It says I feel a lot better ! But also it says that the pain was about muscles and nerves after all, and was not coming from whatever those strange things on my bones are.

So … I guess I’m still in the ‘scare » scenario, but with good hopes. My specialist guys have also been really positive, reassuring me that if they did find anything in the « C » word category, it was almost certainly treatable with success.

So that’s why I’ve been a bit quiet, folks. Thanks for your concern. I’m hoping that, by next week, I’ll be thinking of other things.